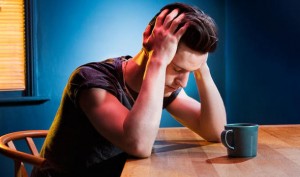 Addictions and mental disorders are hard enough to cope with. Adding a stigmatization on top of them only makes functioning harder for those who are struggling with either of these illnesses. Yet, a vast majority of people who are struggling with these conditions have claimed that they feel stigmatized by peers, family, coworkers, social circles and society at large. It cannot be denied that stigmatization has a harmful effect on people, particularly when it has to do with a mental health issue. When someone who is struggling to control an addiction or a mental disorder feels stigmatized, stereotyped or judged, it only serves to make their condition worse because their condition is essentially an inability to cope. We must change the way we assess and speak about people with disorders and addictions in order to help relieve them of their suffering.
The stigmas that addicts and people with mental disorders bare are ones that many people are already aware of. Addicts get labeled as bums, helpless, out of control, having no self control, degenerates and detriments to society. People with mental disorders get labeled as crazy, psychotic, mentally disturbed, dysfunctional and not suitable to have a relationship with. The pain that is caused by these labels is severe. Bringing an addict or a person with a mental disorder to the point where they are ready to admit they need help, and are able to reach out for help, takes immense strength and courage on their part. When someone who does not know them personally comes along and labels them as damaged goods, it can make them retreat back into a dark place and abandon the progress they were making. When someone fragile is made to feel ashamed of their fragility and their other faults, they are in danger of shattering. The way our culture has come to attack addiction and mental disorder instead of support it and care for it is part of the reason it is prevalent.