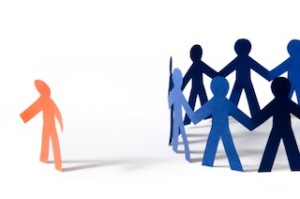 On the opposite end of the spectrum from stigma is the glamorization of addictions and disorders. This is a rarely talked about phenomenon because it seems so contradictory. Most people would reason that there is surely nothing about mental disorders or addictions that is glamorous, but some portrayals of these conditions would suggest otherwise. Hollywood and other sources of popular media have found ways of portraying disorders and addiction in a good connotation, such as normalizing them or even romanticizing them; a trend that should be reversed if these issues are going to be represented accurately.

There are many instances in the media and in popular culture when mental disorders and addictions are portrayed as the new standard of normal. We have all been through rough parts of town and observed groups of people who are clearly living lives governed by their addiction and disorders. What we don’t realize is that these people make up large communities that foster the belief that their way of life is normal and common. Their sense of healthy living has been fictionalized. Much of this mindset can be attributed to portrayals of addiction and disorder in the media. Many characters and archetypes of addiction and disorder in popular media treat these conditions very casually and over represent their commonality and acceptability.

Many media portrayals and celebrity lifestyles even romanticize addictions and disorders. Often, characters in films or personas in music make copious amounts of substance abuse and pleasure activities seem cool, mysterious and rewarding. Protagonists in films are frequently characters who struggle with some type of mental disorder and the choices they make under the influences of their disorder may be glorified or justified. In the sixties, there were many young actors and musicians who checked themselves into mental health treatment facilities because it was the “in thing” to be unstable, pensive and brooding.

All of these portrayals are unfortunate and unhealthy. We need to embrace disorders and addictions for what they are: something that makes a person’s life harder, and something that person should work to recover from, with support. The best thing we can do as a society for addictions and disorders is truly understand how they work through education and literacy.